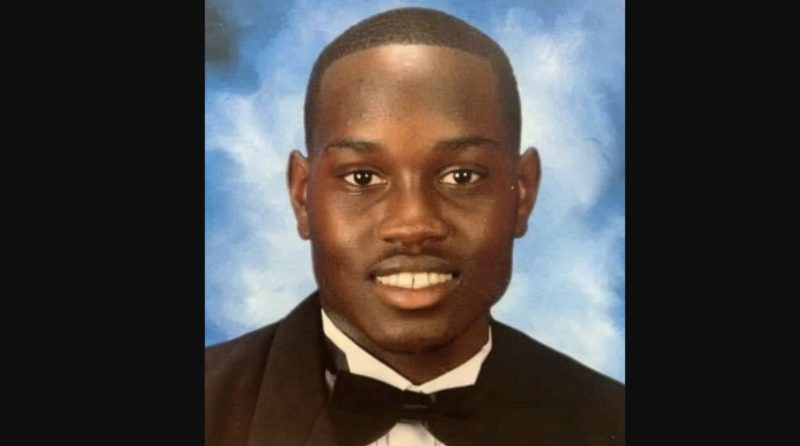 UPDATE: Socialist presidential candidate Gloria La Riva issued a statement on Thursday morning, May 7, demanding an immediate arrest and prosecution of the killers of Ahmaud Arbery, whose savage ambush and murder on Feb. 23 was only made public on May 6 by the revelation of a video. It shows clearly that Ahmaud was murdered in cold blood.

For more than two months, district attorney officials hid the video, covered up the facts and justified Ahmaud's murder by white supremacists Gregory and Travis McMichael. Case closed. But the struggle led by Ahmaud's family, the community and their attorneys has kept the struggle alive.

Widespread condemnation demanding justice, plus the media and social media coverage that went viral finally resulted in the arrest and charge of murder yesterday against the McMichaels.

The struggle is clearly not over. The family of Ahmaud and a growing movement of supporters is calling for everyone involved in the cover-up of Ahmaud's murder to be held accountable.

The La Riva campaign statement of May 7th denounced the DA's plan for a grand jury, calling it a stalling tactic by the prosecution. But by day's end, the growing movement for Ahmaud, both in Georgia and nationwide, resulted in the arrest and murder charge, making the prosecution's grand jury ploy moot.

Now the fight continues for full prosecution of the McMichaels and their accomplice, William Bryan, and for officials to be held accountable.

Below is the May 7 statement of La Riva. Campaign organizer Andrew Nance emphasizes, "Our socialist campaign is part of the fighting movement for justice on all fronts, actively opposing white supremacy and racist terror is a paramount part of the program of the Party for Socialism and Liberation and of Gloria's campaign."

“I demand the immediate arrest and prosecution of the two killers who ambushed and shot to death unarmed and defenseless Ahmaud Arbery, on Feb. 23. He was clearly targeted, hunted and murdered for being African American. Details of Ahmaud’s murder are only now coming to light, since the district attorney’s office withheld the video showing much of the deadly assault.

“There has long been a link between white supremacy and police forces and this is one clear example. One of the two perpetrators, Gregory McMichael has direct links to law enforcement, having once been a police officer, and worked for years as an investigator in the district attorney’s office.

“It is clear that Ahmaud Arbery was ambushed. Gregory McMichael and his son Travis grabbed their weapons and went to pursue Ahmaud who was simply out jogging. Their friend followed along and filmed the murder. There was absolutely no justification for this Klan-type hunting and murder of a Black man. These events reflect a larger history of African Americans being lynched and pretexts then created to justify the murders, with the complicity of police and other officials.”

La Riva points out that this case resembles that of young Trayvon Martin, who was targeted for being in a neighborhood where someone believed that, as an African American, he did not belong. Like Trayvon, Ahmaud committed no crime and was
pursued by a zealous racist vigilante.

About one local official’s call for a grand jury investigation, La Riva denounces this as a stalling tactic. She says, “The pattern is familiar: Let an alleged investigation drag out through a grand jury for months, then declare that no prosecution will ensue. This is what happened in the cold-blooded murder of 18-year-old Mike Brown in Ferguson, MO by policeman Darren Wilson.

“Wilson was allowed to prepare his false narrative for months, and then a sham of a grand jury proceeded to let him off the hook.” La Riva participated in the protests in Ferguson in August 2014.

“I call for the immediate arrest of Gregory and Travis McMichael and a federal prosecution of this racist hate crime. The district attorney’s office is clearly protecting the McMichaels. One of the district attorneys who had to recuse himself, George E. Barnhill, nevertheless has weighed in with a highly prejudicial letter recommending no prosecution. He outrageously claimed that unarmed Ahmaud attacked Travis McMichael by grabbing his shotgun.

“It is obvious in the video that Ahmaud was trying to defend himself in wrestling the rifle from Travis McMichael. This Ku Klux Klan-type terror must not be allowed to stand.

“There are two crimes here, the first, that Ahmaud was hunted down and killed in the streets, and the second, that no one has been arrested for it. Countless other Black people will continue to be denied basic human rights, dignity and the ability to live freely until the white supremacist capitalist structure is completely dismantled.

"I extend my deepest condolences to Ahmaud Arbery’s mother, father and family. They rightly demand justice. Young Ahmaud was cut down in the prime of his life. It will take sustained struggle to stop further acts of racist terror. Our organization, the Party for Socialism and Liberation, joins with all those who are working to bring justice for Ahmaud Arbery, his family and the whole African American community."