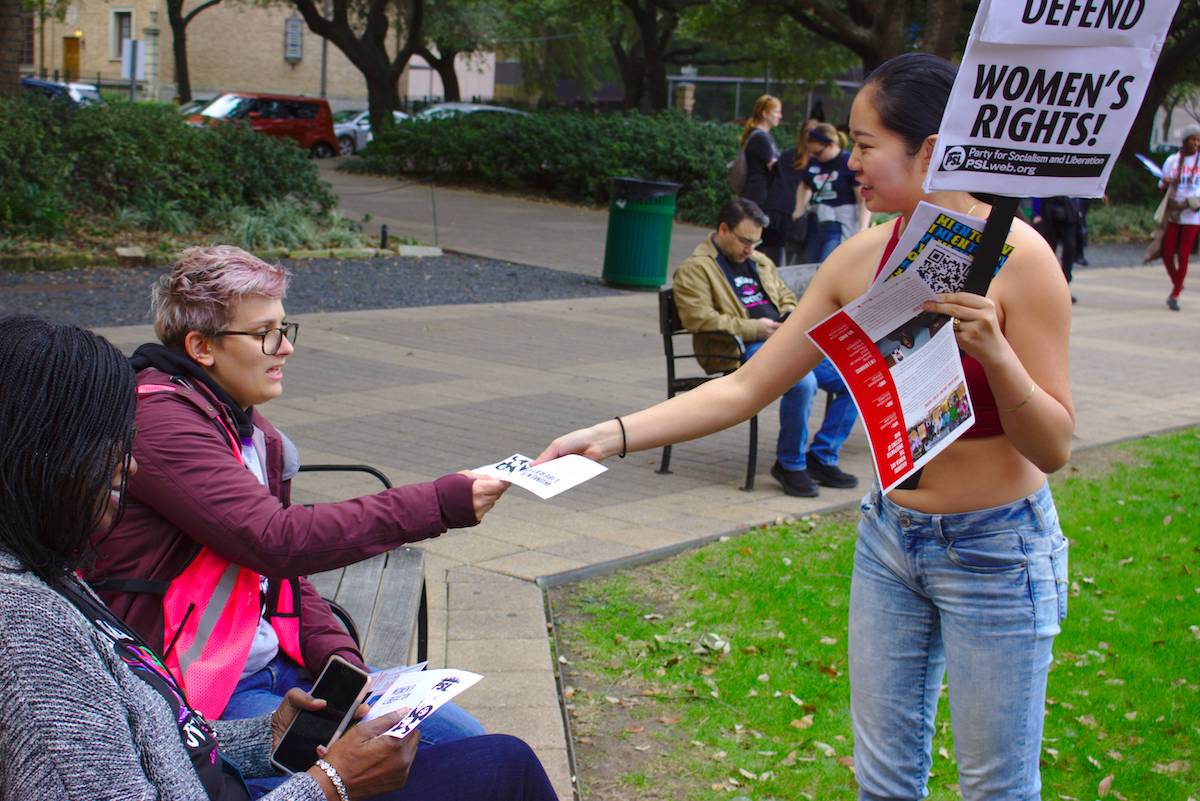 On August 21, Gloria La Riva was approved to be listed as a write-in on the Texas presidential ballot this November.

This is a historic victory for the Party for Socialism and Liberation in Texas and nationwide. Texas is the largest “red state” in the U.S., and Gloria will be their first Socialist candidate for President since the 1970s. Ballot access in Texas has historically only been granted to the two major parties, the Libertarian Party and the Green Party, with the latter being heavily aided by the Texas Republicans in order to pose a threat to the Democratic Party and solidify their dominance in state leadership.

In fact, in Texas’ state government statutes, communists are specifically prohibited from running for any office, and “the name of a communist may not be printed on the ballot for any primary or general election in this state.”

However, in the past, socialists and communists have been on the ballot in Texas. In the early 1900s, the Socialist Party of Texas received tens of thousands of votes, and was even for a time the second largest party in the state.

Gloria’s difficulties in getting on the ballot in Texas are mirrored in the severe voter suppression and general anti-democratic practices that happen across the state. Texas currently has one of the strictest voter ID law in the country, and in 2019, they led the US South in polling station closures, especially in Black and Latino areas of the state.

This just further highlights the heroic work by PSL members in Texas in getting Gloria on the ballot. Comrades from across the state, including Houston, Dallas, Austin and San Antonio, came together and gathered over 40 elector consent forms to get Gloria La Riva and Sunil Freeman on the Texas Write-In Ballot. Gloria also had to submit a notarized application along with her and her Vice Presidential candidate’s signatures. The deadline for applying was the 17th of August. The PSL was able to collect state-wide consent forms and submit all of the required paperwork in time to make this historic moment become a reality.

The PSL in Texas is very proud to share this information and to have a Socialist option in this difficult time when working and oppressed people are faced with a non-choice for president. The lesser of two evils is not the option. Vote socialist for the survival of our gente!