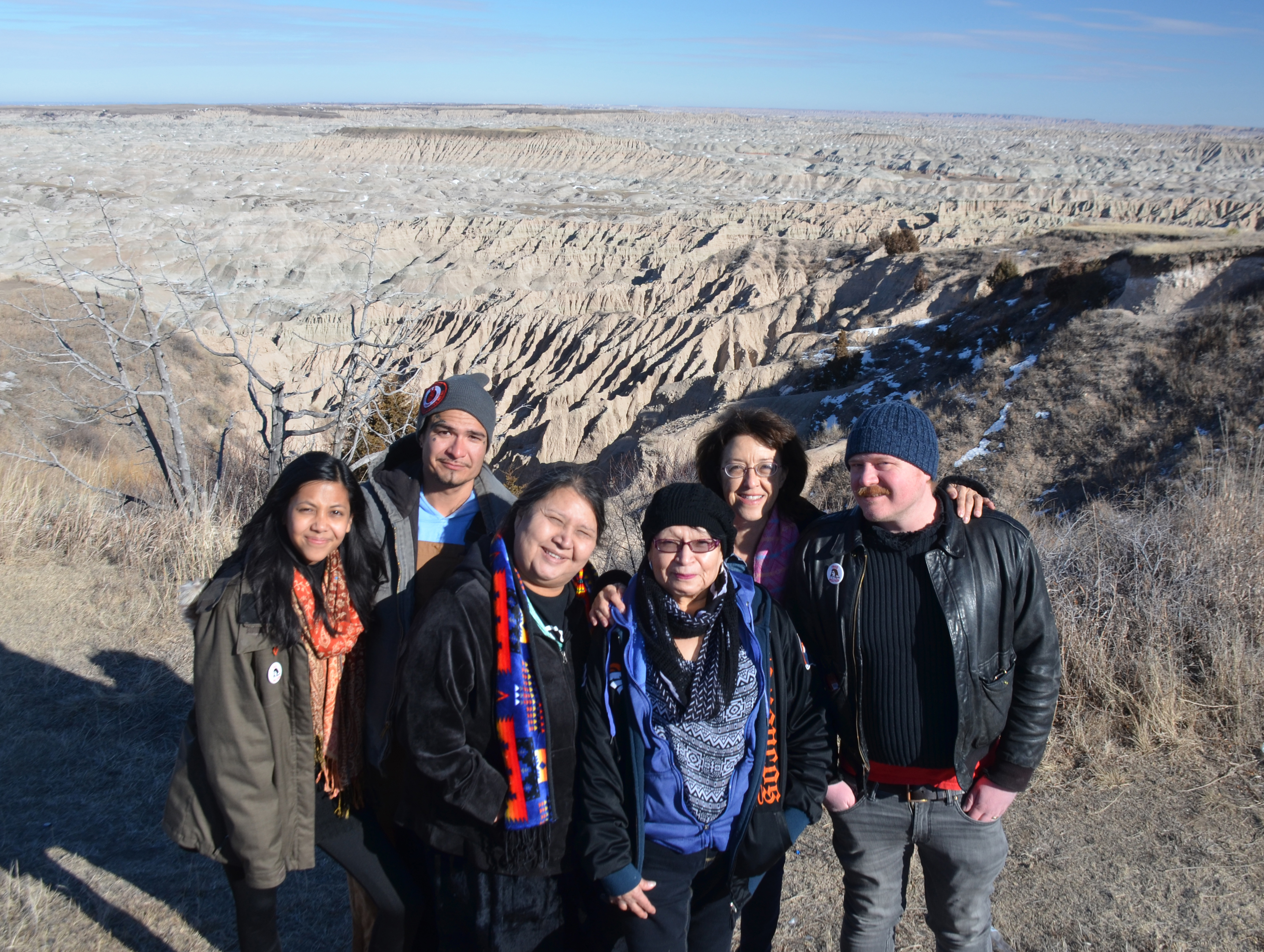 PSL presidential candidate Gloria La Riva issued a statement backing the leadership of the Oglala Lakota Nation on Pine Ridge Reservation and the Cheyenne River Nation in South Dakota, who are maintaining their right to establish road checkpoints to protect their people from COVID19.

Governor Kristi Noem has refused to implement measures adopted in other states to help protect residents from the virus spreading, such as an evictions ban or a stay-at-home order.

In one instance, more than 1,000 workers at a Smithfield pork processing facility became ill with the virus, making the plant the third “hotspot” in the country. Exacerbating an already critical situation at the Smithfield plant, Trump signed an order mandating that the industry continue operating. This assures that a new spike in illness will result, potentially affecting the Native nations as well.

La Riva continues, “I fully support the Oglala Lakota Nation and the Cheyenne River Nation in South Dakota exercising their sovereign right to monitor comings and goings on their land by road checks they have established, in order to protect their people from exposure by outsiders, and most importantly to save lives.

“Governor Kristi Noem is threatening to force the Pine Ridge and Cheyenne River Nations to take down their road checks. Monitoring people who drive into the reservations is an essential measure of the Native nations to protect an already vulnerable population from the COVID19 pandemic.

“Native nations across the U.S. already experience severe levels of poverty and poor health conditions, due to the genocide committed against the indigenous peoples. Federal funding has been sharply cut over the years to Native populations. The Diné Nation of Arizona and New Mexico is third now in the U.S. with the rate of positive cases. In New Mexico alone, the Diné are now 50% of the state’s positive cases, although the total Native population in the state is only 10%.

“I traveled to Pine Ridge Reservation, South Dakota, in January this year to become more acquainted with the conditions of the Oglala Lakota people. With more than 80% unemployment and Pine Ridge having the highest poverty rate of any county in the U.S., these factors now weigh heavily in the health prognosis of the community, if they were to become infected with COVID19.

“Failing Noem’s obligation to the people of South Dakota, the sovereign nations of the Oglala Lakota and Cheyenne River Lakota have a right and duty to protect their people.

“This is especially true where health services have suffered greatly from major federal cuts for all Native communities, rural and urban. The pandemic is striking communities of color the hardest, from African Americans who are experiencing shocking rates of illness and mortality, to Native people, Latinos and other communities of color.

“On behalf of the Party for Socialism and Liberation and myself, I extend my fullest solidarity to the Cheyenne River, Oglala Lakota and all Native nations, in their defense of the people and their sovereignty. They have the right to determine what is best for their communities.”

Leonard Peltier was formerly our vice-presidential candidate but as a result of urgent health and legal matters was compelled to withdraw from the campaign. Read the statement about his withdrawal here.