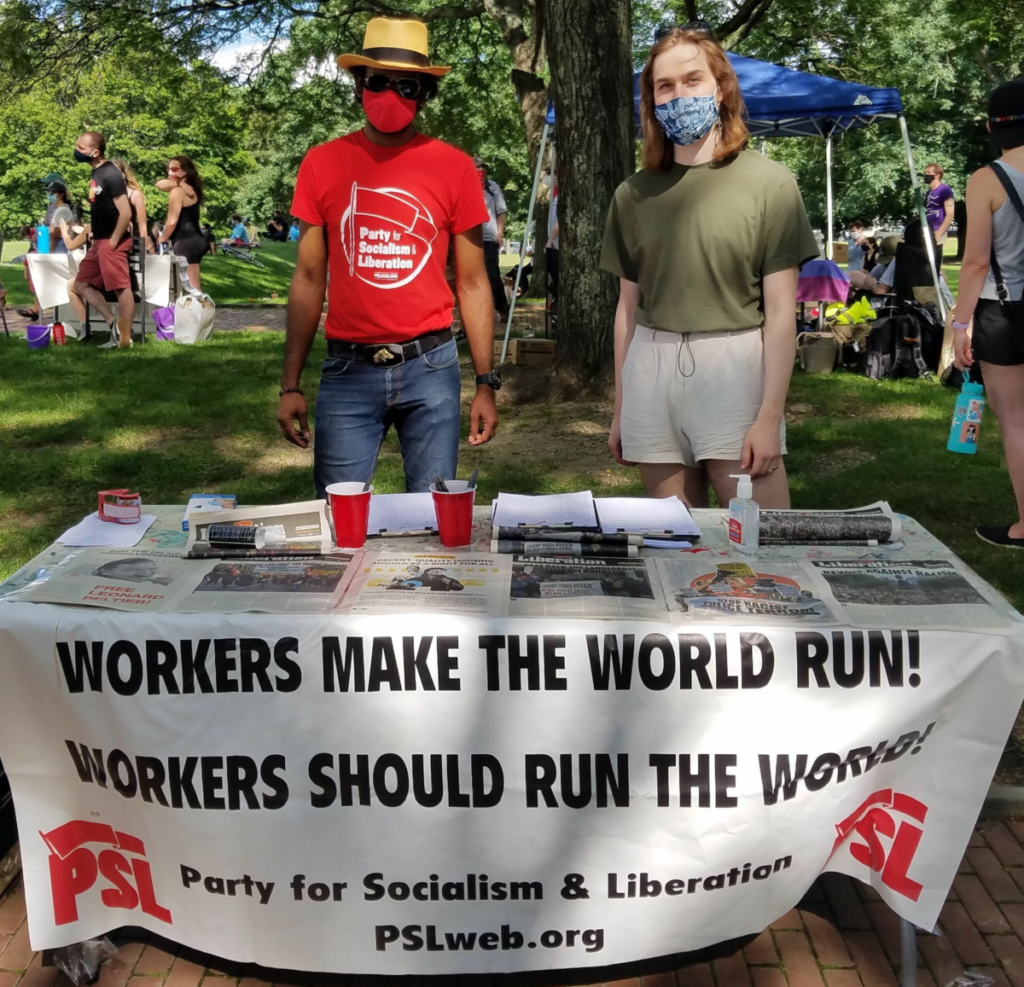 As of Friday, September 11, Rhode Island becomes the fifteenth state to welcome socialist candidates Gloria La Riva and Sunil Freeman to the ballot for the United States presidential election on November 3. This ballot access was achieved by obtaining close to 1600 signatures — 600 more than the state’s requirement.

PSL members residing in Massachachusetts, Rhode Island, and Connecticut joined efforts to organize the petition gathering. Many organizers traveled multiple hours daily in order to contribute, some while fasting over the month in observance of Black August. Collection of petitioned signatures was also challenging due to the Covid-19 pandemic. Canvassers were sure to adhere to physical distancing protocols such as wearing masks and sanitizing equipment.

Petitioning was done at local Farmers’ markets, Flea markets and at Kennedy Plaza, the main bus station of Providence. The canvassing pitch, “Would you like to help put a socialist on the ballot?” was often met with a resounding “hell yes!” In working class neighborhoods such as Central Falls and Pawtucket, socialism and La Riva/Freeman’s election manifesto were enthusiastically discussed by Black and brown residents. As a Black mother signed the petition, her young son asked “What is socialism?” She responded, “It is for your future.”

Many residents who supported ballot access for La Riva/Freeman were not allowed to vote despite living and working in RI. Immigrants are disqualified from voting making them unable to provide a valid signature on any ballot petition. Organizers noted one resident who took a flyer, read through the program and nodded. When they signed the petition, they left the address column empty due to not having a home. Without a home, their petition will be rejected. These examples are not exceptions, but evidence of a rule. The United States electoral system is built to prevent working and oppressed people from participating politically.

Petitioning for ballot access was part of a larger goal for PSL organizers to deepen relationships with working class struggles in RI. Canvassers joined uprisings against police brutality and demonstrations for rent cancellation. They took part in an event where educators demanded a safe reopening of schools and another where residents spoke out against the proposed destruction of Providence’s main transit hub. Organizers were there to provide a broad socialist response to local struggles. Rather than leaving the politics to the two capitalist parties, fighting and winning is the alternative that putting socialism on the ballot offers.