Gloria La Riva on the 15th Anniversary of Hurricane Katrina 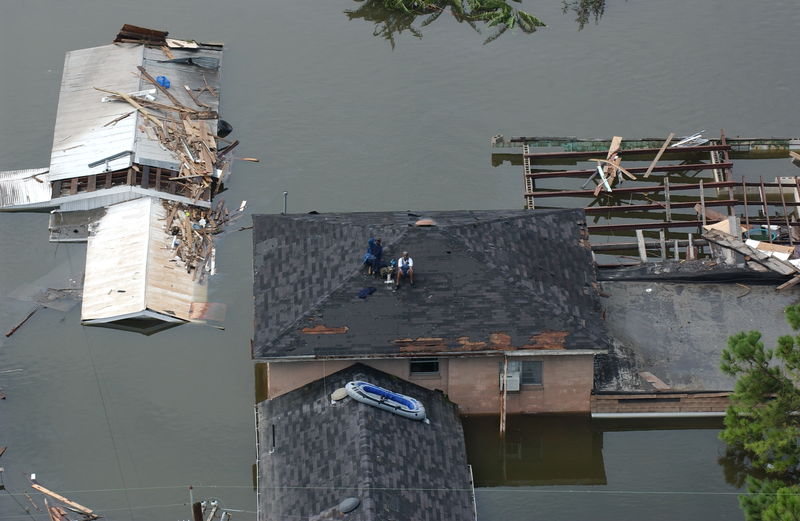 Fifteen years ago, on August 29, 2005, Hurricane Katrina made landfall on the coast of Louisiana. The levee system intended to protect New Orleans, a city below sea level, from flooding failed, inundating more than 80% of the city and surrounding parishes (counties), costing thousands their lives and hundreds of thousands their homes, jobs and more.

Originally intended for upgrading by 1978, the levee system remained incomplete and poorly maintained, and suffered multiple catastrophic breaches when the hurricane hit. Earmarked funds that could have fixed the problem -- $250 million -- were diverted by the Army Corps of Engineers to the war in Iraq. $250 million was equal to less than five hours of the Pentagon budget.

The severe flooding plunged over 100,000 homes, businesses and nearly the entire city underwater, and also flooded wide areas of Louisiana and Mississippi. More than 1,800 lives were lost, overwhelmingly poor people from the city’s mainly African American communities.To this day, more than 130 people remain listed as missing.

Hurricane Katrina was a natural disaster made a thousand times worse by the criminal actions and inactions of the government at federal, state and local levels.

As the huge storm approached, people were told to evacuate, but those without access to cars – over a quarter of the city’s population – were provided no assistance to do so by the government. Buses and trains that could have transported tens of thousands to safety were withheld by the city government.

Instead, flooded-out residents who remained in New Orleans were told to go to the Superdome or convention center. Tens of thousands who did found no preparations had been made to provide food, water, adequate toilets or any other essentials. In the Lower Ninth Ward, where many people died trapped in their homes by the rising waters, rescue operations were catastrophically understaffed.

On the morning of August 30, President George W. Bush, vacationing in California told a press conference, “we dodged a bullet.” Just hours later the levees broke and the massive flooding began. By then Bush was out of touch. Urgent appeals by the governor of Louisiana to Bush for federal aid as the death toll rose went unanswered for two days. When he returned, Bush appointed Michael Brown, a former executive of the International Arabian Horse Association who had no disaster experience, to head up the Federal Emergency Management Agency (FEMA) relief operation. His brief tenure at a critical time was another disaster.

People stranded in flooded neighborhoods desperately seeking food and water were branded “looters” by the racist politicians and corporate media. Police were authorized to shoot to kill.

Those seeking to flee New Orleans on foot were often turned back by armed police and vigilantes on bridges leading out of the city, and several killed.

Their homes flooded, their personal belongings abandoned, their family members missing, their resources stretched thin, the destitute people of New Orleans struggled to survive by any means available to them. Yet even in light of these overwhelming hardships, people came together to help each other. Long-time friends and complete strangers cobbled together air mattresses and floating doorframes to ferry the stranded to safety. People from all across the nation drove in to provide mutual aid with food and water and blankets and labor. The compassion and solidarity on display in New Orleans was nothing short of heroic.

Now, while the leaders in Washington and Baton Rouge – many in the pocket of Big Oil –continue to deny the reality of climate change, we have just witnessed another monster storm devastate southwestern Louisiana and eastern Texas. At the same time, California is suffering through record fires for the third time in four years. Sea rise caused by the massive melting of polar ice threatens coastal cities and entire countries and is magnifying the impact of storms like Katrina and Laura. We cannot go like this!

As my ten-point program states: “Capitalism and production for profit are destroying the planet and threatening all life … urgent steps are needed to reverse climate change. Ultimately, only the replacement of capitalism with a socialist system can assure the future of the people and the planet.”

Gloria La Riva, the 2020 Party for Socialism and Liberation presidential candidate, traveled to New Orleans in the days immediately following Hurricane Katrina in 2005, and produced the video, “Heroes Not Looters,” documenting hundreds of rescues carried out by youth with very
few resources.