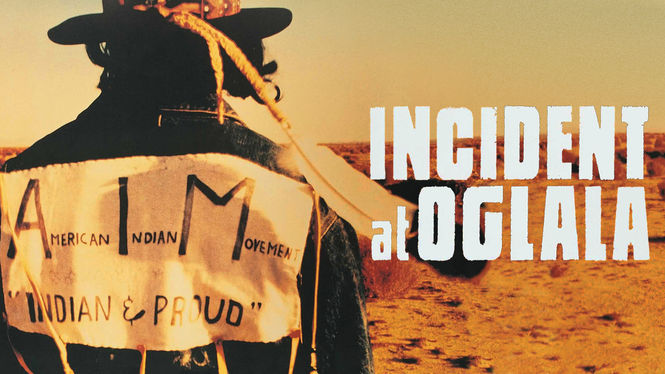 Gloria La Riva will be speaking in South Dakota at a screening of Incident at Oglala. Join us! Incident at Oglala tells the story of American Indian Movement activist and political prisoner Leonard Peltier, framed by the FBI for the killing of two agents in a case riddled with trumped-up charges, falsified evidence and witness intimidation. Peltier's case has gained international recognition and brought forth a movement demanding his freedom.

The film presents the facts, examines the legal proceedings, and highlights discrepancies in the government's claims. Peltier was a leader in AIM (which the FBI actively sought to destroy) and continues to support the struggles against exploitation and racism from behind bars.

Leonard Peltier is currently running as the vice-presidential candidate of the Party for Socialism and Liberation in the 2020 elections, along with long-time activist and labor leader Gloria La Riva who is running for president. In a letter written from inside the Federal Corrections Unit in Coleman Florida, Peltier wrote: “I am not only a Native traditionalist, but also a socialist, who is against any abuse and exploitation of the working and poor class.”

After the screening we will also have a talk by Gloria La Riva as well as Jean Roach, Mnicoujou, survivor of the 1975 Oglala Firefight and Board member of the International Leonard Peltier Defense Committee.

Join us for a screening and discussion, January 17th at 7PM, at the Cave Collective.

For more information about the fight to free Leonard Peltier, visit the website of the International Leonard Peltier Defense Committee at www.whoisleonardpeltier.info.