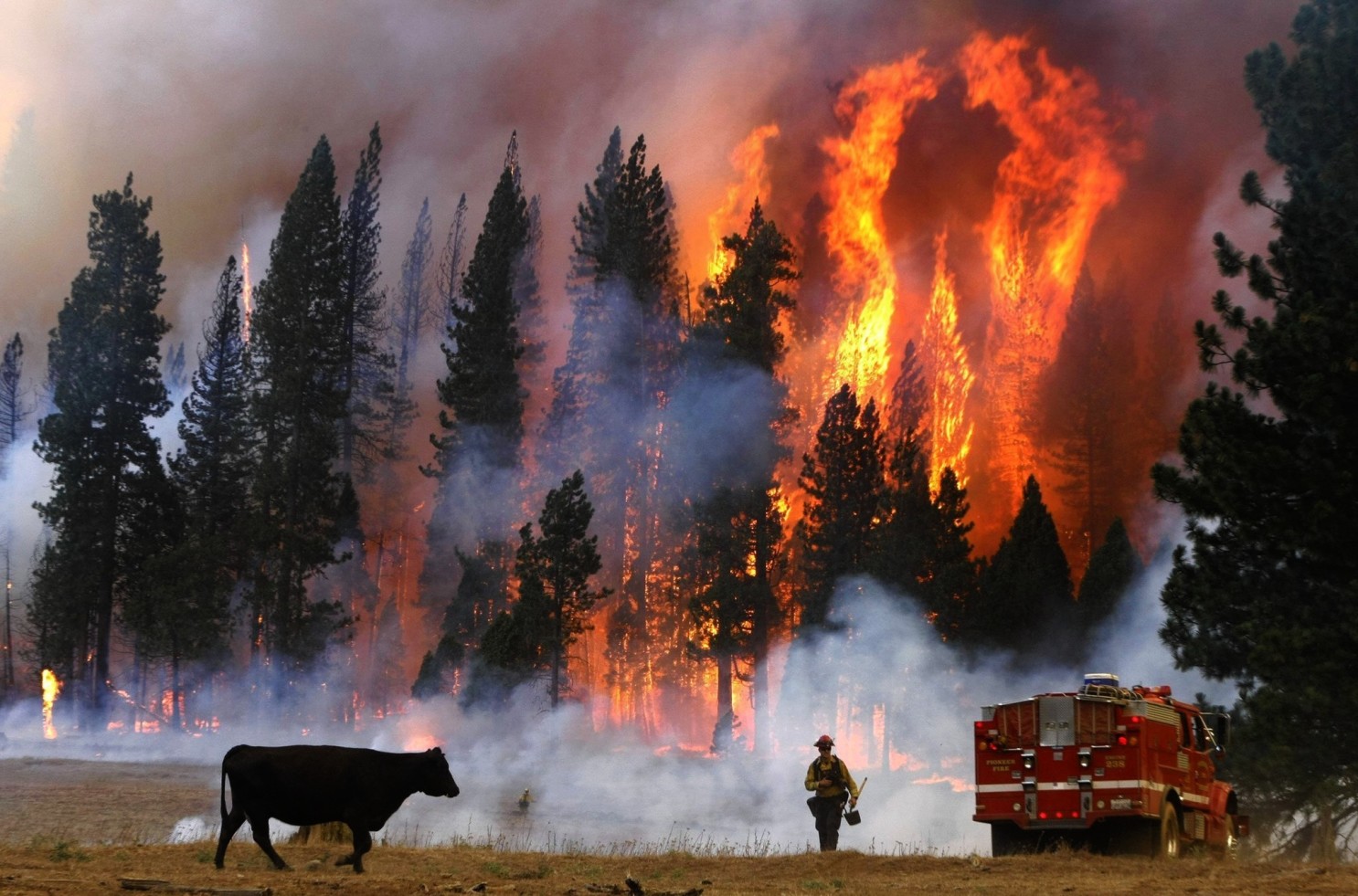 Three massive wildfires are currently raging in northern California surrounding the densely populated San Francisco Bay Area on all sides with a total of 700 fires burning throughout the state. Two of these Bay Area megafires are the second and third largest in California history. The largest in history occurred just 2 years ago north of the Bay Area in Mendocino County. Every year, wildfires are becoming more frequent, larger and more destructive, yet the state has done little to prepare and protect the population in advance.

The current fires were sparked by over 11,000 dry lightning strikes within 72 hours that were  triggered by a tropical cyclone off the coast colliding with onshore extreme temperatures from an extended statewide heatwave. This rare weather anomaly created an unstable atmosphere and the barrage of lightning during a drought year when vegetation was prime to ignite.

Cal Fire crews were sorely stretched thin for the first week of the fires. This is partly due to the immense number of fires occurring within a few days — 367 fires were sparked just from the storm — in addition to lack of support from fire crews from other western states due to fires throughout the region. Cal Fire annually relies on hundreds of inmates to supplement firefighting efforts, but many of these inmates have received early release due to COVID-19 risks in prisons and are now unavailable to assist. This points to a cruel contradiction within the system. While these formerly incarcerated men and women have extensive training and experience in fighting California wildfires, and are desperately needed, they are unable to get jobs on fire crews post-release due to their record of felony convictions.

Cal Fire in recent years has increased efforts to clear vegetation in advance of fire season, but with climate change, aging electrical infrastructure and extreme weather events like the one that caused the current fires, those efforts fall short. Until the 1800s when colonizers banned the practice, the indigenous people of California annually held controlled burns to clear vegetation and reduce the spread of wildfires. Controlled burns are now again being utilized by the state, but in order to expand and improve these efforts, partnerships with California tribes could increase the number of annual controlled burns and bridge indigenous knowledge with fire science.

As of Aug. 25, 136,000 people had been evacuated and over 800,000 acres have burned in the three largest Bay Area fires — that’s an area twice the size of Los Angeles. Evacuation centers are distancing people but there is still a high risk of COVID spread by being indoors with others for an extended period of time. Some are seeking refuge in discounted hotels rooms to avoid possible COVID exposure, but many cannot afford this option, demonstrating the class divide surrounding climate change impacts.

As the climate crisis unfolds, it is imperative to address land use policies. More and more areas on the edge of fire-prone forested areas are being developed for housing, putting populations at great risk. Developers are only concerned with profits and the state has done nothing to address land use despite the evidence that wildfires are becoming more severe, causing more loss of life and driving many into complete destitution when they lose their homes.

Immigrant farmworkers throughout the state are being forced to work through, not only extreme temperatures, but also in wildfire smoke. Despite air quality regulators urging everyone to stay indoors to protect themselves from smoke, these super exploited workers face eviction and starvation if they don’t go to work.

Under a socialist program, the priority of the government would be to mitigate the effects of climate change and do everything possible to prepare for catastrophe, protect all sectors of the population from smoke and fire, and rehouse all those who lose their homes.