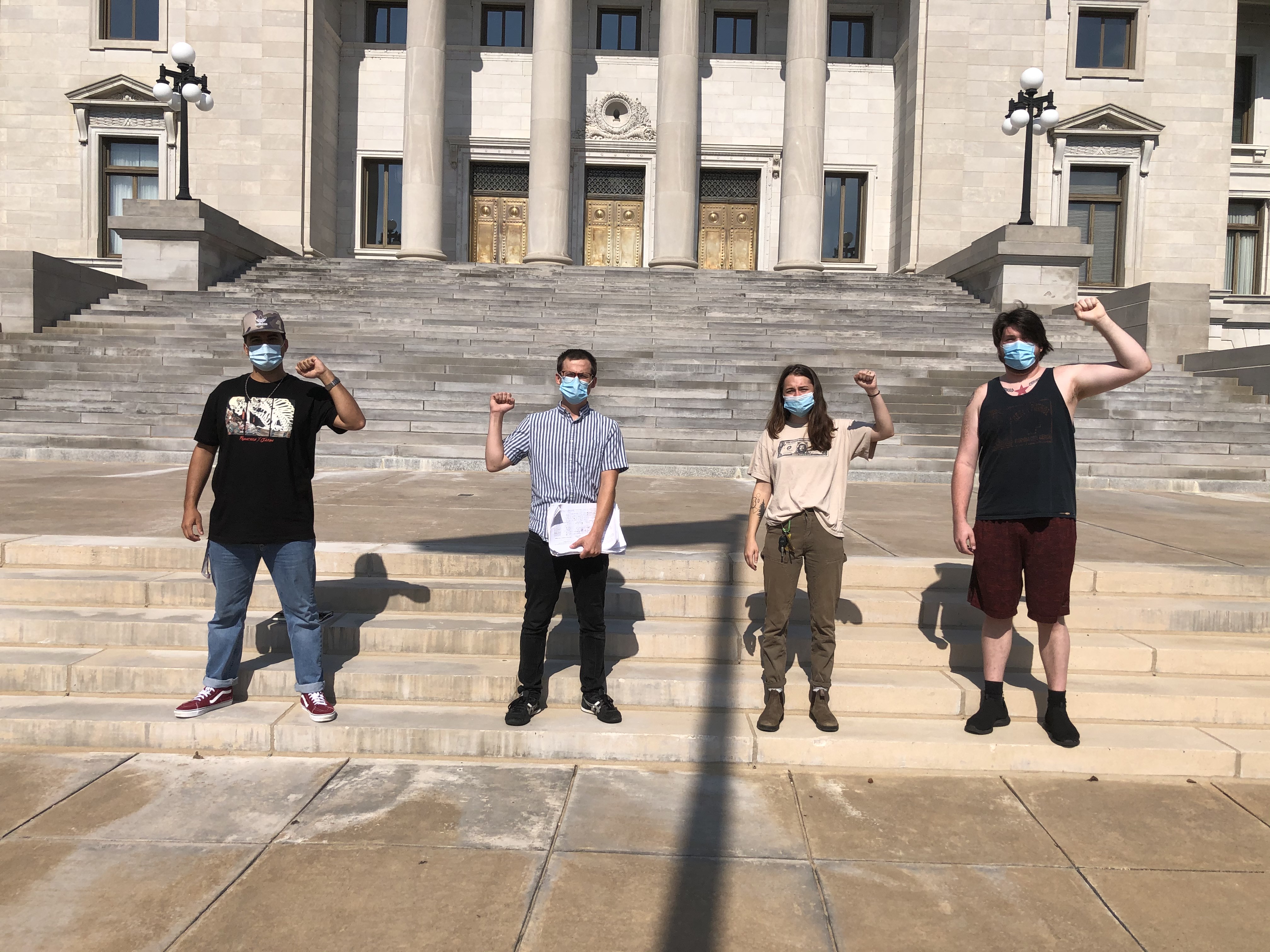 After weeks of sacrifice from committed petitioners, the La Riva 2020 Campaign has achieved ballot status in the state of Arkansas. This became the 9th state that socialists Gloria La Riva and Sunil Freeman achieved ballot access in for the presidential election this November. At the time of publishing this article, we are now on in 13 states!

With unfair petitioning rules and deadlines stacked against us, the process for a third party to get on the ballot was very difficult. The pandemic and social distancing, and the fact that few people are in the street, makes it extra difficult.

There was one key moment when it looked like we would not have the required amount of signatures at all.

Due to the deliberate sabotage by Trump’s newly appointed Postmaster General De Joy, a package that was mailed with plenty of time from the eastern part of Arkansas to central organizer PSL member Aaron Gibson, was delayed in the mail. It contained over 500 signatures for the La Riva Campaign! It was Saturday before the submission deadline of 12 noon the following Monday, and unless we found the package, we were drastically short of our 1,500 goal.

While the search was underway, members formed emergency teams to do a major push and gather more signatures. In Little Rock, for example we got an additional 170 signatures with less than eight hours notice. Thanks to the tireless determination of Aaron, we were able to locate the lost signatures on a Sunday at the local post office, and deliver them to the capital.

"My favorite moment was when a Little Rock resident recognized the campaign and the Party. It was good for morale to come across a friendly face that early in the day," said PSL member Valerie Eaton.

Additionally, PSL friends and members from Birmingham and Dallas came to Arkansas to participate in an emergency petitioning session the day before the signatures were due. This allowed the campaign to deliver 1,700 signatures, hundreds more than the required 1,000 signatures.

La Riva called to check in throughout the day, encouraging the comrades on the ground. "It was great to have the candidate herself so involved. It emphasized to us the importance of the work, and no doubt contributed to our success," said Marissa Rodriguez, another comrade from Dallas.

The success of the coordinated effort to secure ballot access in Arkansas clearly demonstrates the ability of an organized revolutionary party can overcome the undemocratic hurdles the capitalist electoral system throws our way.

From the housing evictions now underway in this pandemic to mass incarceration to growing poverty, these are issues that capitalist candidates don’t mention in their campaigns. That is because their profit-driven policies create them.

For Arkansans, we will have a socialist voice in this election year, to point out not only the economic and social problems people face, but provide the answer to those crises: building a mass movement for justice, and the urgent need to struggle for socialism.