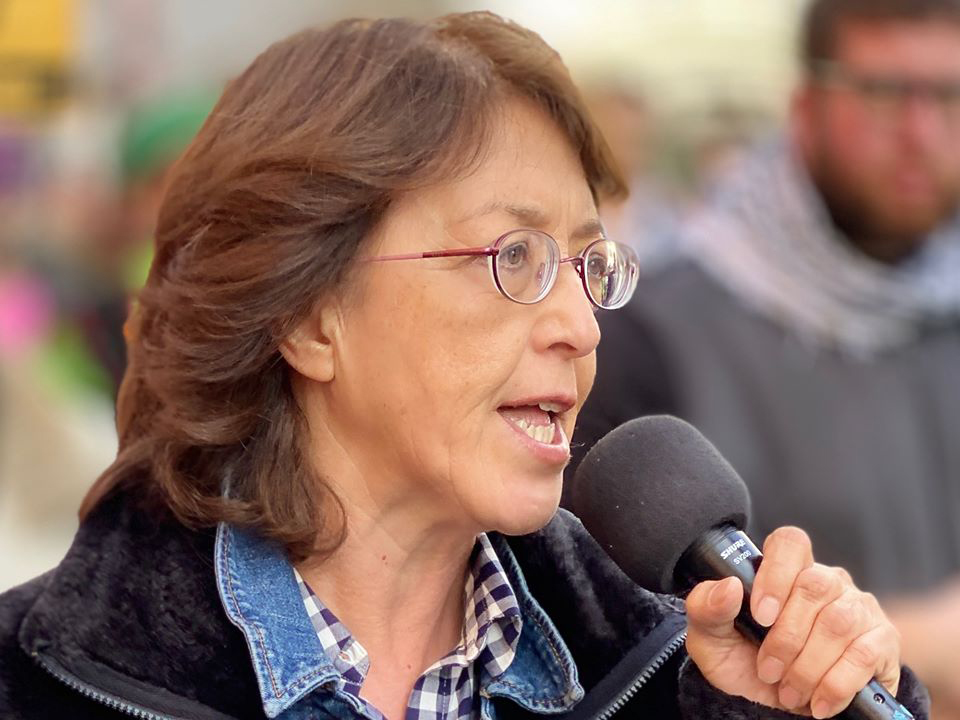 The following statement was originally published by the Peace and Freedom Party.

Gloria La Riva has been designated by the Peace and Freedom Party State Executive Committee as the “presumptive nominee” of the party for President of the United States.

While the formal nomination decision will not be made until the newly-elected State Central Committee convenes on August 1st, the Executive Committee acted after surveying the incoming SCC members and finding that the overwhelming majority intended to nominate La Riva, who received just over two-thirds of the votes of party members in the March presidential preference primary.

The State Executive Committee action authorizes the use of the party’s name and logo by the La Riva campaign and requires the relevant party committees to incorporate the promotion of the La Riva presidential campaign into their work.

La Riva’s vice-presidential running mate is the unjustly imprisoned Native American leader Leonard Peltier. One of the longest held political prisoners in the world, Peltier has been incarcerated for 44 years on false charges. His real “crime” in the eyes of the state was defending his people. Peltier was the 2004 presidential candidate of the Peace and Freedom Party.

In announcing the recognition of Gloria La Riva as the presumptive nominee, Peace and Freedom Party State Chair John Reiger of Sacramento said, “The current emergency shows more clearly than ever the need for socialist solutions to California’s and the country’s problems. Think how much more effective preventive actions against the pandemic would have been had a national health service been in place to provide testing and treatment to everyone from the beginning.

“Rule by the greedy billionaires and their stooges in the big political parties has led to mass impoverishment of the working class, and tens of thousands of unneeded deaths and millions of illnesses. We look forward to promoting a big vote for Gloria La Riva in November to show that Californians want real solutions to our problems, socialist solutions that help the workers rather than the billionaires.”

The La Riva/Peltier 2020 Campaign is demanding the cancellation of rents and mortgage payment for tenants, homeowners, small landlords and small businesses for the duration of the COVID-19 crisis, as well as full-pay unemployment benefits for all unemployed workers.

State law provides that the Peace and Freedom Party nominees for President and Vice President will appear on the ballot in the November general election. So far, La Riva has qualified for the ballot in several other states as the nominee of the Vermont Liberty Union Party and the Party for Socialism and Liberation.